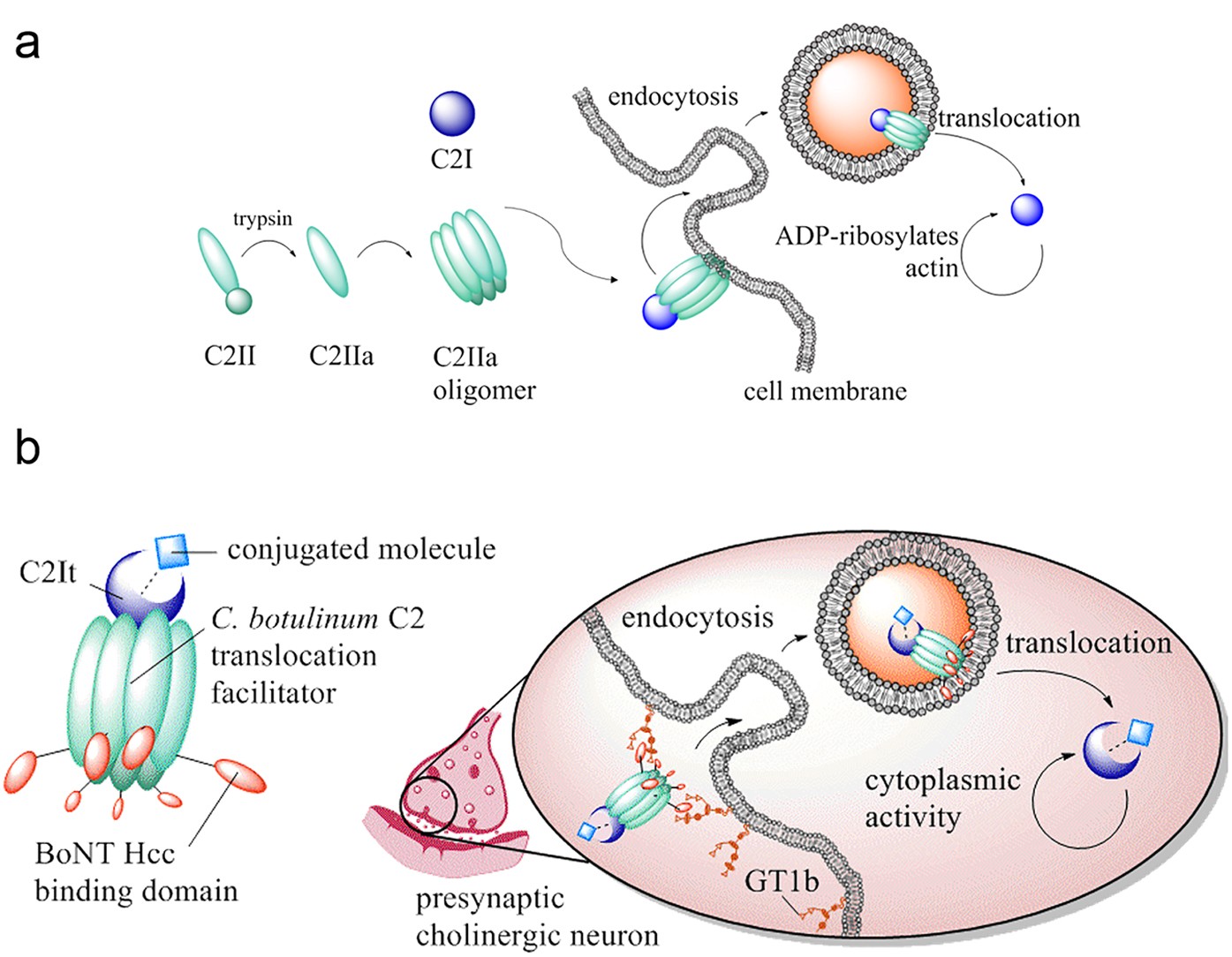 Clostridium botulinum Recombinants is a gram-positive, spore-forming, anaerobic bacillus that produces a potent neurotoxin. Botulinum neurotoxins (BoNT) are classified into serotypes A to H and, although they have similar mechanisms of action, they show preferential hosts. In veterinary medicine, BoNT serotypes C and D are the most important, since several animal species are susceptible to them. Since BoNTs are the most potent toxins known in nature, the best way to control botulism in animals is through vaccination. However, current commercial vaccines are based on toxins (toxoids) and inactivated cells (bacterins) and have many drawbacks, such as slow production with variable antigen yield and biosafety risks.

Recombinant vaccines, especially those produced by the Escherichia coli expression system, have proven to be an interesting alternative to overcome these problems. E. coli is a well-known microorganism that allows the production of large quantities of non-toxic recombinant antigens in a short period using a simple culture medium, thus reducing the complexity of production and lowering most of the biosafety risks involved in the process. We describe here a method for the production of recombinant vaccines for application in veterinary medicine, which involves initial steps from gene design to the formulation and evaluation of the vaccines themselves.

Construction of the FHc gene.

Initially, the construction of the synthetic FHc gene encoding the Hc domain of BoNT/F (FHc, amino acids 858 to 1278, ~50 kDa) was divided into three sections: A (N-terminal end of Hc) to C (C-end). terminal end of Hc). Briefly, each section (approximately 435 bp in length) was constructed with 12 overlapping oligonucleotides that were synthesized by Invitrogen Biotechnology Co., Ltd. (Shanghai, China). These oligonucleotides were typically about 50 bases in length and contained complementary sequences (15 bases) at the 5′ and 3′ ends to allow hybridization.

These sections were made double-stranded and amplified using PCR with LA Taq polymerase (TaKaRa) and then cloned into pMD18-T (TaKaRa) in E. coli strain DH5α, respectively. After sequencing, sections B and C were merged into BC using fusion PCR. Following the same methods, ABC, containing the entire 1,263 bp FHc gene, was obtained and cloned into pMD18-T. The correct clone with the FHc gene, confirmed by sequencing, was named pMD18-T-FHA.

Vaccination of mice and challenge with BoNT/F.

BALB/c (specific pathogen-free) female mice, 6 weeks old, were randomly assigned to different groups. In the first vaccination study, groups of six mice were vaccinated with 1 or 10 µg of FHA. FHA protein in phosphate-buffered saline (PBS) was mixed 50:50 with complete Freund’s adjuvant (Sigma) for the first vaccination and incomplete Freund’s adjuvant (Sigma) for the second or third vaccination. Each mouse was treated with 0.4 ml of the material in two (days 0 and 14) or three vaccinations (days 0, 14 and 28) subcutaneously.

Each vaccination group was repeated once. In the second vaccination study, groups of six mice were vaccinated intramuscularly (ie, in each quadriceps of the thigh bilaterally) with one, two, or three doses of 0.04, 0.2, 1, or 5 µg of FHA. The vaccine was diluted in 25% (vol/vol) Alhydrogel (Sigma) and injections were given at 3-week intervals (100 µl/injection). For negative control, PBS was mixed in place of the antigen with the adjuvant. Mice were tail bled for sera before each immunization or neurotoxin challenge. These mice were challenged intraperitoneally (IP) with 2 × 103 or 2 × 104 50% lethal doses (LD50) of BoNT/F (Langeland strain, from the National Institute for the Control of Pharmaceutical and Biological Products) 2 weeks after the last vaccination. Mice were observed for 1 week and death or survival was recorded.

Sera from mice in each group were examined for cFH-specific antibodies by a standard enzyme-linked immunosorbent assay (ELISA). Titers for both total immunoglobulin G (IgG) and individual IgG isotypes (IgG1 and IgG2a) were determined with horseradish peroxidase-conjugated goat anti-mouse IgG antibodies (IgG1 and IgG2a) (Santa Cruz Biotechnology, Inc. .) at a dilution of 1:2,000. 96-well ELISA plates (Costar) were coated overnight at 4°C with 100 µl of a concentration of 2 µg/ml recombinant for.

The reaction was stopped with 50 µl of 2M H2SO4 and the absorbance was read at 492 nm on a Thermo Labsystems instrument. Antibody titers were estimated as the reciprocal of the maximum serum dilution, giving an absorbance reading of >0.5 U, after subtracting absorbance due to non-specific binding detected in control sera, and twice as high. than that of the corresponding dilution of the control sera. Serum samples from individual mice were tested in duplicate and the average was used to calculate a geometric mean titer for the group.

Sera from mice vaccinated with two or three doses of CHF in the first vaccination study were pooled for the toxin neutralization assay. Briefly, pooled sera of 4, 16 or 64 μl, respectively, were mixed with 100 or 1000 LD50 of BoNT/F (final volume, 200 μl). After incubation for 0.5 h at room temperature, the mixtures were injected into several groups of mice (n = 4/group) i.p. route. Mice were observed for 1 week and death or survival was recorded.

ELISA antibody titer was statistically analyzed using Student’s t-test between-group differences or paired t-test between two- and three-dose groups. A two-way analysis of variance was also used to determine if the data were statistically significant.